Growing up, I remember learning European geography: England, France, Spain, Germany.. and all those little countries in the East. This past summer, I realized that ‘those little countries’, the Balkans, are some of the most enchanting (an inexpensive) places in Europe.

I spent over three months in the Balkans and fell in love with the cultures of this small but dense European region. I already want to go back and see everything I missed!

Based on the criteria of natural beauty, architecture, food, friendliness/accessibility, and history, these towns are the Best of the Balkans.

It was difficult to narrow it down to just 5— but here’s the list:

Kosovo is Europe’s newest nation, but its cities are ancient. Prizren is Kosovo’s cultural capital, where Orthodox churches, Ottoman Mosques, and cafes line the lazy Bistrica river. Prizren is not far from Skopje, Macedonia or Pristina, the capital, and doable as a day-trip, but I recommend spending at least one night here. Locals are very friendly and willing to talk about Kosovo’s politics and its struggle for Independence. 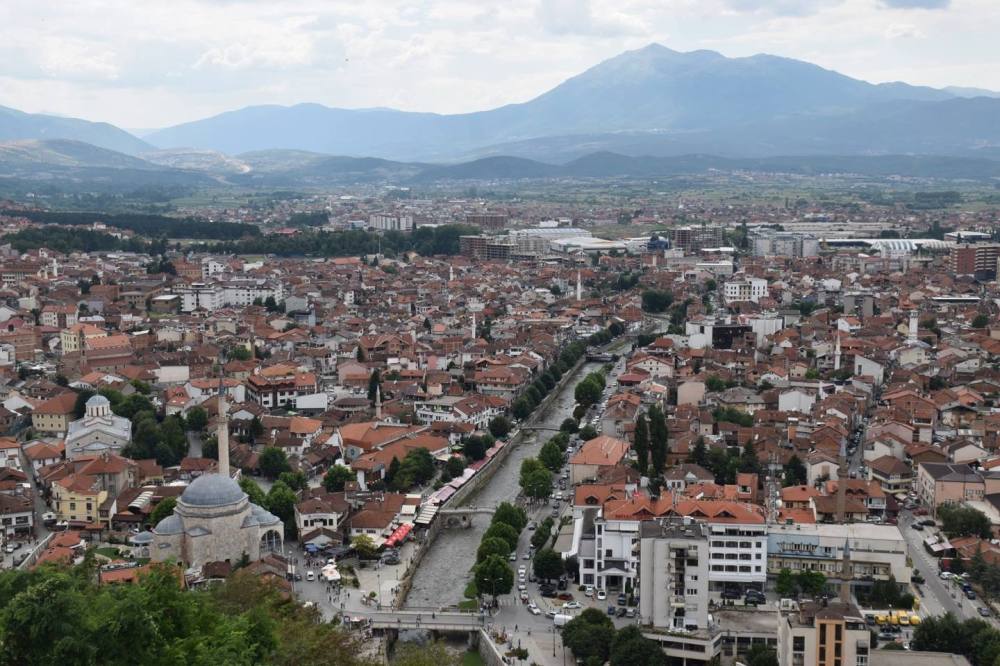 Prizren’s fortress, the Kalaja, sits upon a mountain overlooking the city and is a great place to watch the sunset. I hung out here for a few hours and watched the lights come on. 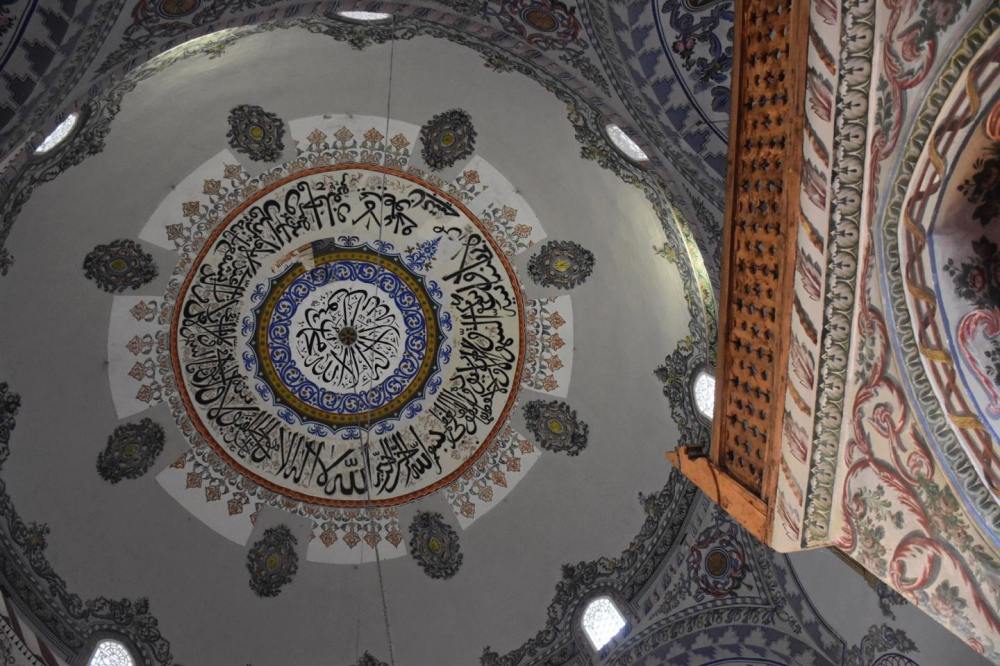 Inside Prizren’s famous Sinan Pasha Mosque, which is meticulously hand-painted and carved.

Perk: Kosovo uses Euros, but don’t worry, it’s not expensive. I paid for all my meals in Prizren with coins!

Montenegro is often skipped in favor of its famous neighbor, Croatia. But Montenegro has something Croatia doesn’t: fjords. The beauty of the landscape of this region is unmatched. Imagine Norway, if Norway was warm and inexpensive, and that’s Kotor Bay. There are several towns in the bay, but my favorite was Perast, just a ten-minute ride from the town of Kotor.

Perast is a gorgeous, everywhere you look. Climb up the church’s bell tower, or take a boat out into the bay for a view of the town. Afterwards, hang out with the locals, and eat some ice cream on the docks. There are hardly any tourists here on the mainland.

Hike 30 minutes up from Kotor, and you’ll be shocked by the scenery– I went for the sunset one evening and had to go back the next day for the sunrise!

Fun Fact: Timisoara was the first European city to have electric streetlights, and they are everywhere. They are also really high-quality streetlights, Timisoara takes great pride in this.

Timisoara is a huge city, built in a variety of styles, chiefly Austro-Hungarian. The entire city feels like an ‘old town’, and can be wandered through for days. The city has many squares, art museums, and the grandest churches I’ve ever seen (pictured), with a bright green-and-yellow tiled roof. Get there quickly, because tour-groups are going to start flooding in by 2021!

Timisoara’s main boulevard, Victoriei Square, is a pedestrian area full of live music and restaurants, beneath the weathered buildings from the Austro-Hungarian rule.

Timisoara also produces some of the best beer in Romania, so make sure to try some. A draft Timisoareana pairs perfectly with papanasi, fried donuts with cheese-cream and berry jam. (I have an entire post about Romanian food on the way, it’s so good and hearty.)

Another fun fact: Timisoara is where Romania’s revolution started in 1989 before anti-communist fervor spread throughout the country. There’s a museum dedicated to the revolution, one street over from Piata Unirii.

There’s also a museum of old Romanian houses from various villages throughout the country. The Village Museum is a great activity if you don’t have time to visit rural Romania but would like to get a feel for traditional life.

Bled is a short drive or bus-ride from Ljubliana, Slovenia’s capital, but it feels far far away. Located in the Julian Alps, Bled is lush and secluded. This town is a great getaway, I only stayed here for 3 days, but could’ve easily stayed for a week–it’s so peaceful here and there’s so much to do and explore.

Perched on top of a mountain is the Bled Castle (Bledski Grad), which has great views of the famous church in the center of the lake. In the castle, there are many artisan shops as well as various kinds of local honey, wine, and spirits.

In addition to Bled’s beautiful lake, Triglav national park is nearby to the north and well as the Vintgar gorge, Bohinj lake and several rivers which are great for rafting.

The Church of the Assumption of Mary is a small but charming, and the center of many folktales. It is reachable by boat or kayak, and definitely worth the short trip. It’s said that if you ring the church bell, your wish will come true. Also, if a groom carries his bride up the stairs and rings the bell their marriage will be happy and everlasting. 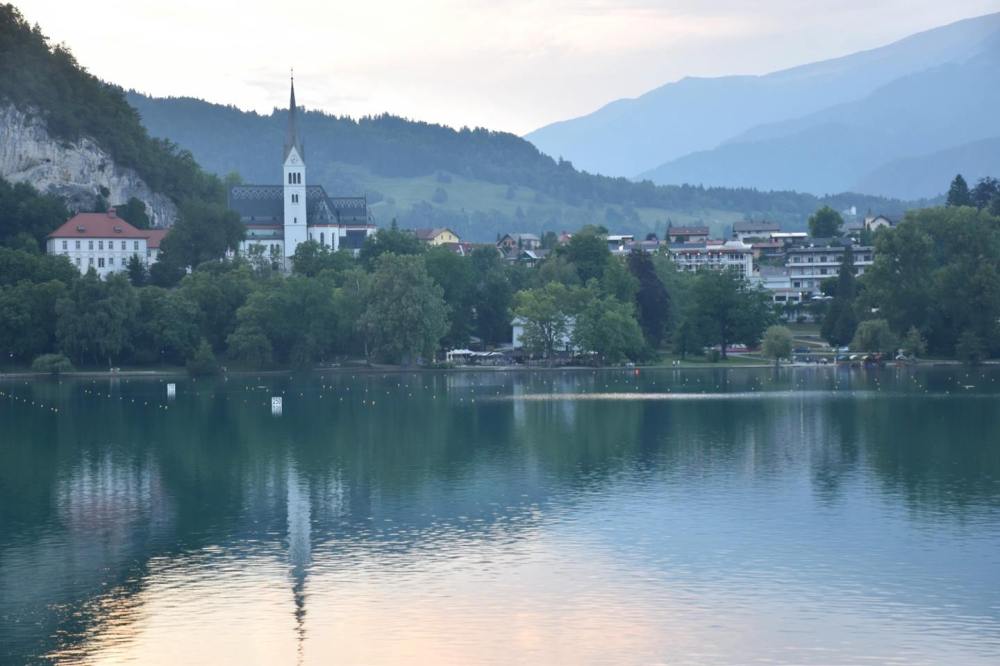 Bled is full of beauty, in any season. The food here is also great, true Slovenian comfort food. Bled is more expensive than Ljubliana or other Balkan cities, but you certainly get what you pay for!

Out of all the cities and towns I visited in the Balkans, I would say that Mostar is the best place to go, for anyone– there’s something for everyone in Mostar. It’s extremely cheap to stay and eat here, the people are very friendly (and beautiful) and the views are stunning.

The best Balkan coffee is definitely Bosnian Coffee (think Turkish Coffee, but not as grainy). You can also buy really cheap genuine traditional coffee-grinders, pots, and local beans here. I bought a grinder from a guy who was welding copper out of his garage, for $5; he even engraved it for free with my best friend’s name.

The surrounding area of Herzegovina is full of preserved Ottoman towns, scattered among the rolling hills. A trip out makes for a great day-trip, be it purely-visual, or a history-tour of the Bosnian war. I stayed with a former soldier, who took me around Herzegovina and explained its heartbreaking history.  (More posts on Bosnia coming soon)

The old Bridge at night, definitely the most beautiful thing in Mostar! Have a coffee on the patio of any old-town bar and soak it in.

The old town is full of 500-year old Ottoman-era stone and wooden buildings. The cobble-stone streets are lined with shops selling traditional Bosnian and Ottoman fare. The best things to buy in Mostar are the copper goods– Copper is mined in Herzegovina, so you know you’re getting something authentic. The old town can be a little touristy, but it’s very charming. A lot of the souvenirs are genuine, but many are not, so look carefully and make sure to bargain!

Everywhere I went in Balkans was incredible, but these were my personal favorites. These towns were the perfect mix of culture, natural and man-made beauty, and cheap delicious eats. Make sure to try Bosnian burek or one of its siblings: true Burek is flaky pastry stuffed with meat, but also can be stuffed with cheese, spinach, potatoes, etc. (I wrongly called a cheese-stuffed variation of this dish ‘burek’ and was quickly corrected: ‘burek’ with cheese is called sirnica.

Runner-up: Ohrid, Macedonia. Really great city. I’ll definitely do a post about all of Macedonia/FYROM soon.

Thanks for reading, and feel free to comment/email me if you have any questions.