When most people think of Israel, they don’t think of beach parties, street art, or electric bicycles. That’s because they haven’t been to Tel Aviv.

Tel Aviv is a modern, largely-secular, LGBT+ friendly city with a large vegan population located along Israel’s Mediterranean coastline. It’s always sunny in Tel Aviv, making it a great, nearby beach escape from Europe in the Fall and even the beginning of Winter.

Tel Aviv is an active city, full of beautiful people who enjoy exercising, sitting at cafes, or hanging out at the beach, any time of day or night. (Even at 3am, people are roller skating and walking their dogs in HaYarkon park, it’s crazy.). This is why Tel Aviv is occasionally referred to as the ‘Nonstop City’– there’s always something going on!

Bike along the beach promenade

A bike path stretches from Park HaYarkon in the North down to the end of Tel Aviv and is one of the best ways to see the city. With the sea on the right, and restaurants on the left, it’s easy to stop and go as you please. Beat the heat and catch the sunset over the Mediterranean.

Tel Aviv’s hot sandy beaches are alive any time of day, and there are beaches for every kind of person or activity. There’s a dog beach, a surfing beach, a gay beach, a kite-surfing beach, a family beach, a religious/Orthodox beach.. But any of them are perfect for a day in the sun, no matter what you want to do there.

Ben Gurion airport is only a short flight away from most European cities, making Tel Aviv a great weekend getaway. Many discount airlines are starting to offer direct flights, making Israel more accessible than ever before.

Hit the bars on Florentin street

Florentin is Tel Aviv’s young and artsy district. It used to be a Greek working class neighborhood but now it is somewhat gentrified, filled with bars, and covered in street art. Walk deep enough and you’ll discover old carpenter shops covered in graffiti and more of Tel Aviv’s alternative/underground scene.

Shop and eat at the city’s many markets:

Tel Aviv’s covered market is the best to do your grocery shopping, get a quick bite to eat, or buy a fresh new tracksuit. From fresh-squeezed pomegranate juice and football-sized eggplants, Shuk HaCarmel has everything to stock your beach picnic. I go specifically for the 7-shekel falafel ($2) and the 10-shekel bag of hot pita bread. 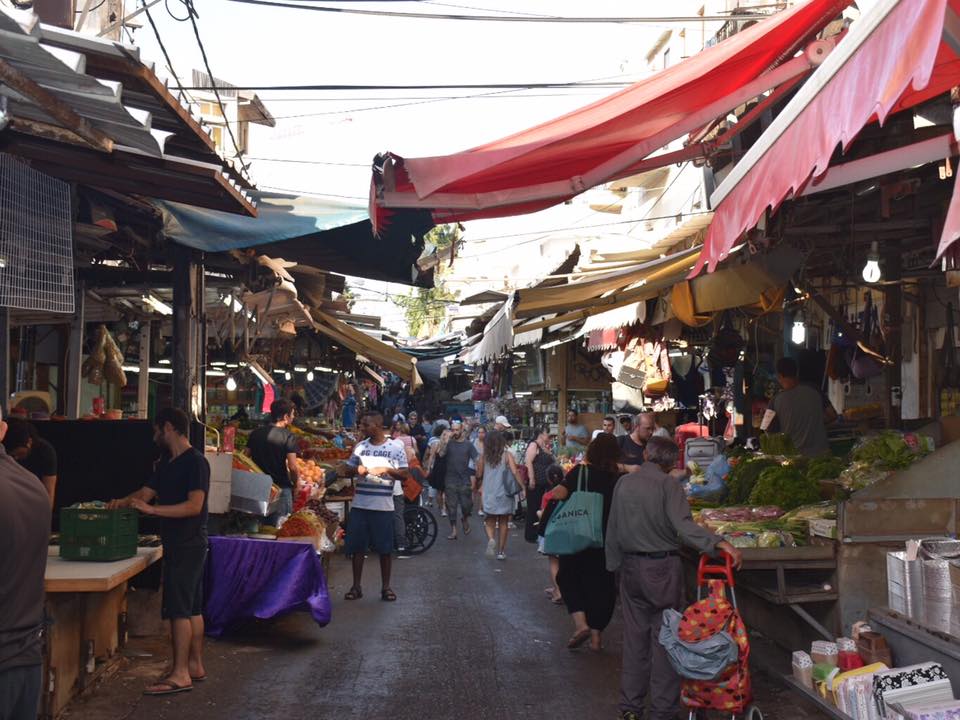 The best part of Shuk HaCarmel of course, are the stands dripping with date syrup or honey, the piles of baklava, knafe, and other Mediterranean, Jewish and Arab delicacies. 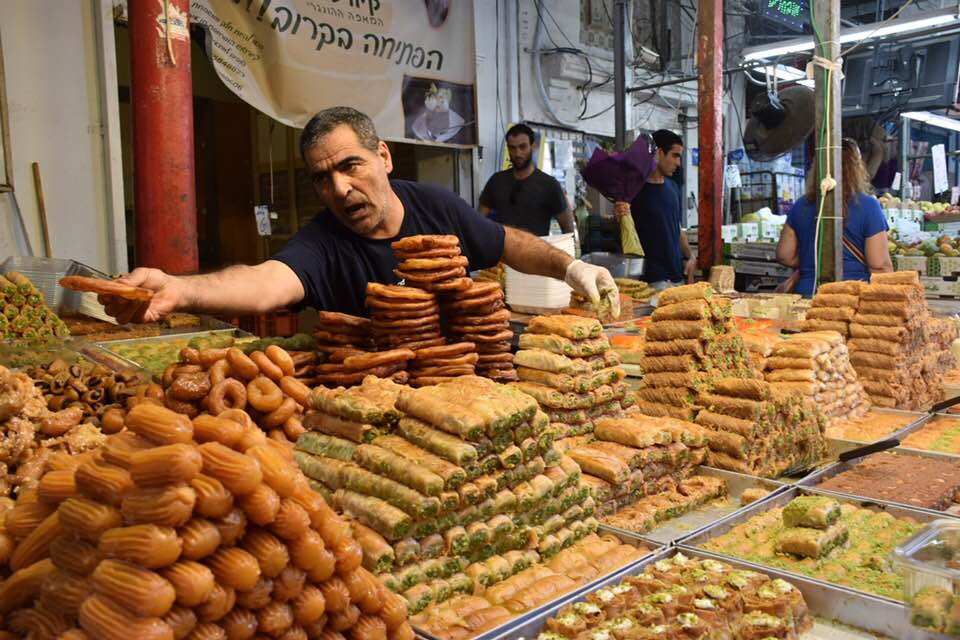 The city’s Arts & Crafts market is open every Tuesday and Friday, generally from morning until sunset. Here, local artisans sell their handmade work, such as paintings, photography, clothing, Judaica, clocks, kaleidoscopes, stuffed toys and more. There are also magicians and musicians galore. The craft market runs parallel to Shuk HaCarmel, so knock them out in one day!

This marketplace is a more upscale, indoor experience, with nearly 100 different vendors. Sarona is a great place to sample small portions of local and international food.

Deeper inland, on the East end of Levinsky street, are the Arab, Persian, Indian and African markets of Tel Aviv. The diverse area of Neve Shaanan is charming and inexpensive. Head down for a cheap haircut or great Ethiopian cuisine.

Tel Aviv’s central bus station is also in this neighborhood, so you’ll end up here one way or another!

One of Tel Aviv’s most expensive neighborhoods, Neve Tzedek is a shopper’s haven. Israeli boutiques and bookstores line the cobblestone streets, as well as cozy cafes and gelaterias. Neve Tzedek is in central Tel Aviv, making it an ideal place to rent an Airbnb. It’s close to all of the major sites, but quiet at night.

The Old Train Station, or HaTachana, was renovated after nearly 50 years of neglect. The old train cars and station, as well as the cement and tile factories, are open to visitors. The entire place is blooming with flowers. Old German templar style houses surround the train station and have been converted into boutiques, cocktail bars, ice cream parlors, and restaurants.

The famous “White City” boulevard is lined with sprawling 100-year old trees and cafe kiosks. During the day, Rothschild Boulevard is a busy street full of bikers, roller blades, electric-scooters, and dog-walkers.

Thursdays and Saturdays specifically, Israelis from all over hit the bars and clubs on Rothschild. It’s busy every night of the week! (Monday and Friday are gay nights at many Tel Aviv clubs such as Lima Lima)

Bigger nightclubs are located in the south, near the central bus station, such as The Block, Ku Club, and the 11.

(Drinks in Tel Aviv clubs are roughly $10-17/ 35-60 shekels depending on where you go, and club entry ranges from 20-50 shekels as well. Better to pick up alcohol at a store or at a cheap bar like Rothschild 22 or Cofix beforehand. Liquor stores in Neve Shaanan are cheapest, with liters of Eastern European vodka as low as $8.)

There’s always something to do in Israel’s ‘modern Hebrew city’. Be sure to check out free events in Rabin Square which you’ll notice posted on tourist maps around the city.

Once you’ve seen everything here, head down the coast to the ancient city of Jaffa, or to the Holy city of Jerusalem!

Thanks for reading! More posts about my 9 months in Israel-Palestine coming soon.